Ladies and Gentlemen, the Fabulous Stains 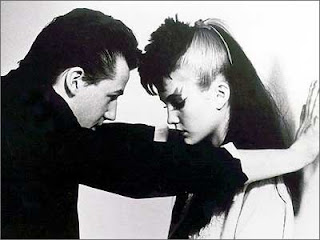 As mentioned previously, I first saw parts of Ladies and Gentlemen, the Fabulous Stains in the mid-80s when it showed up on late night TV (Night Flight on the USA Network), but since it was never released on video or DVD, I never got to watch it from start to finish. I remember that I really liked what I saw, though, and I've kept my eyes open for it for the last 20 years.

When I found out that it was finally getting a real DVD release, I pre-ordered the movie, waited for it be officially released and finally watched it in its entirety a few weeks ago.

Actually, I watched it twice in the same night: the second time while listening to the highly entertaining commentary track from Diane Lane and Laura Dern. Ms. Lane was 15 and Ms. Dern was 13 years old when they shot this film surrounded by punk rock legends.

Since I watched it twice, you probably already realize that I really liked this movie. I can't write film reviews to save my life, but I found the story fun, the characters very believable (and grounded in reality, even if the plot is a bit absurd) and the music is just great. But, the music has to be great when you have two Sex Pistols and members of The Clash and The Tubes not only playing music but also acting in the film as musicians. For me, though, the greatest thrill I got while watching this film was realizing that the fictitious rock band The Looters, which included the aforementioned Sex Pistols and Clash members, was fronted by none other than (an incredibly young-looking) Ray Winstone. I had only known Mr. Winstone from his roles in recent years in films such as Sexy Beast, The Departed and that abortion of a franchise movie starring Harrison Ford earlier this year. Ray Winstone is a great actor, but I now know that he is also a great punk rock singer.
Posted by Ray at 3:06 PM

Email ThisBlogThis!Share to TwitterShare to FacebookShare to Pinterest
Tags: movies