I found out that you don't need own a gun to take advantage of a shooting range and it seemed like a fun way to blow off some steam on a weekend afternoon, but I wasn't sure if there was a shooting range near my neighborhood. So, I turned to Google Maps and searched for shooting ranges near 92102.

Sure enough, Google produced a list of nearby shooting ranges in the left pane, but what was initially amusing became disturbing as I continued to click the markers on the map. In addition to legitimate shooting ranges, Google maps identified these sites for shooting ranges near 92102:
I'm not sure what to make of this, but if I was a conspiracy theorist...

Here's a photo of the search (click for a larger version): 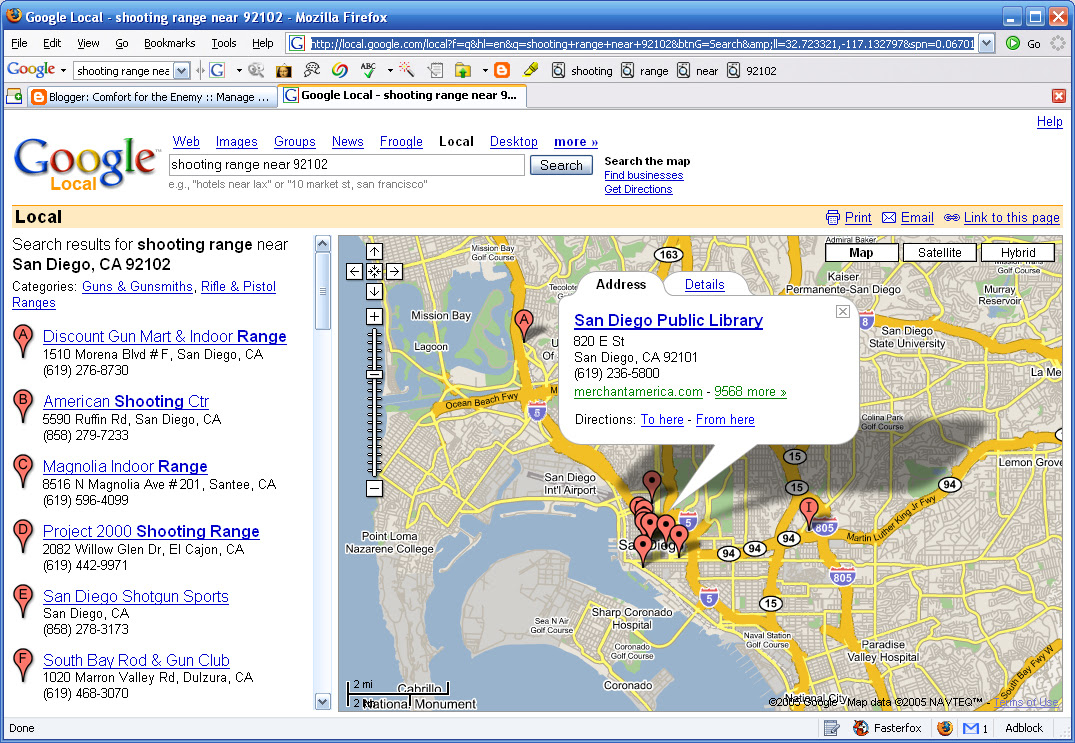